Riesling of the Year Trophy for 2011 Museum Release Watervale Riesling 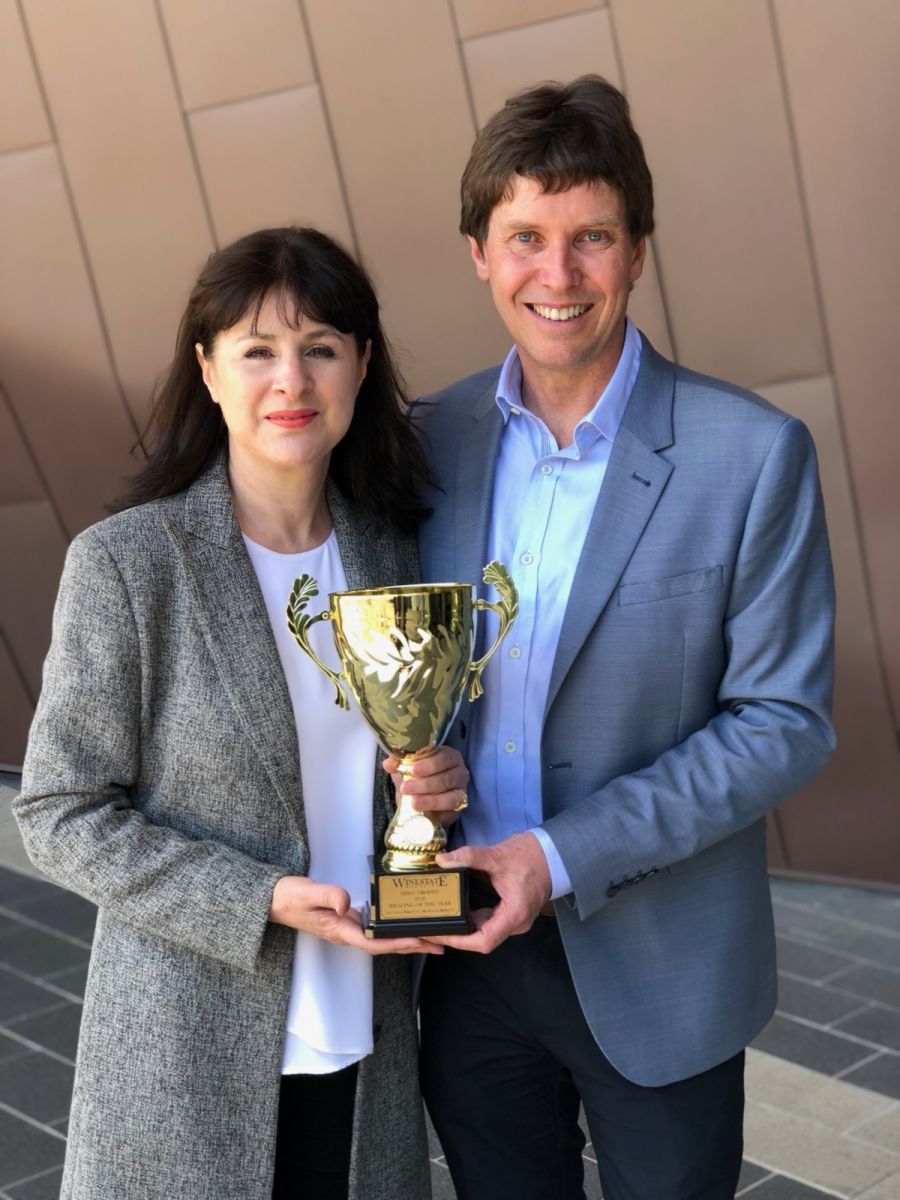 At the 2018 Winestate Magazine Wine of the Year Awards, Justin and Julie Ardill and the team at Reillys Wines were thrilled and humbled to receive the RIESLING OF THE YEAR TROPHY for the Reillys 2011 Museum Release Watervale Riesling.

The 2011 is the second vintage of the Museum Release Riesling with the first being 2008 which was released in 2017. A limited number of cases of our estate grown Watervale Riesling were selected to be cellared, allowing time to develop the characterisitic profile of of an aged Riesling which resulted in this award-winning wine.

Upon acceptance of this award, owner and chief winemaker Justin stated “This is an amazing award for Reillys, for the Clare Valley as a wine region and for aged Riesling. When young, our Rieslings are characteristically fresh and zesty, yet with time they develop a golden hue and toasted honey notes with a rich viscosity - a great reward for cellaring this great variety”.

This latest accolade continues the award-winning legacy for Reillys Watervale Riesling, the first vintage of which was hand crafted by Justin in 1994. Year on year awards and accolades began to flow with consistent scores over 90 points from Mr James Halliday and Gold Medals at the Canberra International Riesling Challenge, Adelaide Wine Show and Clare Valley Wine Show. Stand out vintages were the 2004 receiving the Mick Knappstein Trophy for Best Riesling in Show at the 2004 Clare Valley Wine Show, and 2010 which was awarded Top Gold Medal at the 2011 Canberra International Riesling Challenge.

Proving the versatility of the Riesling fruit, in 2010 Justin released a small batch of Reillys’ Sparkling Riesling which was made using using secondary tank fermentation. This was followed by the first release Cane Cut Riesling in 2013 made using traditional winemaking methods to create a dessert style wine with perfectly balanced acidity and fruit sweetness. Both wines remain popular among visitors to our Cellar Door.

The 2011 Museum Release Watervale Riesling is available now exclusively from our Cellar Door in Mintaro, Clare Valley and is limited to 3 bottles per customer.