Our dry grown vines are expertly managed to ensure low cropping of 2T per acre, with fruit being hand picked at optimal ripeness. Traditional methods of open fermentation for 10 days and hand plunging extract maximum colour and flavour before maturation in French oak for 24 months.

The result is a full bodied wine with distinct regional characteristics of mint and eucalyptus with rich blackcurrant and chocolate. It has well integrated oak with firm tannins and lingering palate.

"Similar in its lean visage and thousand-yard stare, this is classic Clare Cabernet wearing a stylish French oak couture. Something about that region - I suspect it's the very low humidity during ripening - grows fruit with less of the fleshy primary berry character you find in, say, typical McLaren Vale. At its very best, Clare seems to produce more savoury olivine flavour: it's more like pickled kalamata juice than blackberry or raspberry. Here's your example. It grew in the eucalypt country at Leasingham. Oh sure, there are sweet red fruits glowering in here, and the musky confectioner's sugar, violets and faint lavendar like other grand Cabernets waft about. But it's lean and athletic and while it's taking its time to start, it'll soon swing into that long-distance rhythm and run an easy decade...."

"The deepest of reds and this is a big red indeed. On the nose aromas of mint and eucalypt abound. The palate is rich and strong flavours of chocolate and blackcurrant are introduced. Firm tannins deliver a well balanced and long lingering finish."

95 POINTS ~ James Halliday, www.winecompanion.com.au
"From the low-yielding 50yo Smyth's Block at Leasingham, hand-picked, open-fermented, matured for 2 years in French oak. This is a very useful Clare Valley cabernet, reliant on its sheer power and its pure blackcurrant fruit, which make as good an opening as you could expect. The brush of eucalypt doesn't clash with cabernet, and the tannins are precisely in specification. Good to run for years yet."

4.5 STARS  ~ Winestate Magazine, July/August 2017
"Lovely ripe and nicely concentrated raspberry/mulberry fruit. Some spiciness to the nose and lovely texture and length to the silky smooth palate."

93 POINTS & TONY LOVE’S TOP 100 WINES ~ The Advertiser, 16th July 2016
“This wine has an impressive record from previous vintages, judged the best wine of provenance at last year’s Clare wine show for the ‘02, ‘05 and ‘12 trio. Unashamedly full bodied, this has all the regional cabernet notes packed into it - intense black fruits, dark chocolate and mint aromas, and big, juicy flavour lines held in with fine, well balanced tannin coating given the wine’s muscle. It will be better with five more years age.”

Dan Traucki, freelance wine journalist, published 18th Feb 2016 on www.facebook.com/dan.traucki
“Hand-picked and fermented in open fermenters giving it a huge depth of colour, typical Cab aromas with a hint of Clare eucalypt and some lovely vanillin oak. A BIG bodied wine with masses of excellent flavour. Just needs time for the tannins to round out and soften off. SUPERB”

Jason Miller, Que-Syrah, published 5th June 2016, www.que-syrah.com/reillys-cabernet-sauvignon/
“Clare Valley can experience gorgeous warm summer days. Then in the evening the temperature drops noticeably. So its more of a Continental climate, than a Mediterranean one.  All this leads to ripe complex  flavours, without many of the overripe characters experienced by warmer regions. The Reillys Cabernet Sauvignon shows subtle aromas of typical Clare Valley menthol, dark berries and hints of warm spices. Generally showing fresh and airy aromas. On the palate some lovely choc-mint, white pepper, and fresh opulent fruit which is in no way overbearing. The Reillys Cabernet Sauvignon is really quite a restrained style. All rounded out with gentle vanilla oak. Tannins are firm and grippy however. Possibly pairing with red meat (even some Clare Valley salt bush mutton) might tame them at this early stage.” 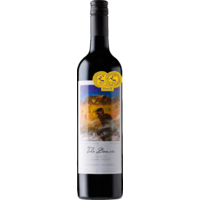 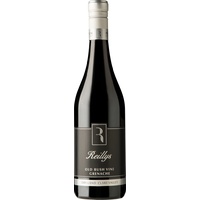